After coming home with my first medium format camera (thanks to my good gf ;)) I sat down and took a good look at it. The shutter button refused to release and I assumed the aperture blades were also stuck. Maybe there’s even a connection between the two problems. I youtube-d it and I found a guy having issues that helped me a lot offering guidelines in how to take it apart until a certain point. Below the two videos.

Don’t know if you noticed what this guys saz’ in the first vid. @ 6 min and a little. “you have to find somebody else a a little crazier than I to do that”. Well I felt the calling and since when I got to the part he did and the blades still weren’t opening I thought to myself, heck, I got nothing to loose here so I figured it out on my own and took the thing apart (after getting tired of searching not finding any useful info on the interwebz, forums, chinese sites transalted with google translate and so on). I like all these mechanical contraptions. They fascinate me. I started unscrewing the thing the day we got it and no matter what I was doing in the back of my head I was always there, wandering. Is it fixable. Will it work, what does it look like from the inside? How does it work?! What triggers what, to do what, how and so on. I could not rest until I knew what’s up :) so whenever I had 5 min., I would be with a screwdriver in my hand. The are screws so small in there a sneeze could blow them and I guarantee you will not find them, EVER! Anyhows. Took it apart, unjammed the blades, cleaned everything, put it back together, meanwhile I studied the mechanism, understood how it works, managed to find why the shutter wouldn’t release, fixed that also and put it back together. There was a big fucking smile on my face after all that. It was 2 am, everybody was asleep so I kept it quiet, but I was happy and proud :D I won’t lie. It felt so good! I was so happy I managed to fix it without any help… and it’s the first time I held one of these in my hand. Never took any other camera apart, but this was a mechanical machine and it was broke so I had nothing to loose. Here’s a little vid. I made (ipad) with everything working again.

Now it’s time to order some 120mm film and make some pictures. I hope I aligned the top lens correctly so when I see stuff in focus it really is / will be in focus. :) 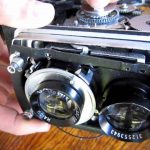 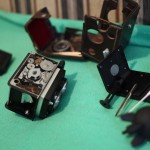 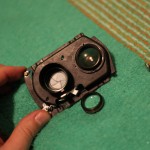 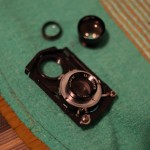 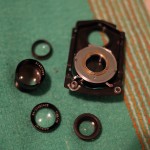 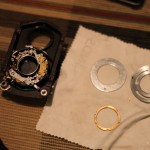 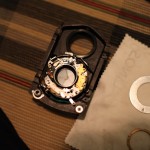 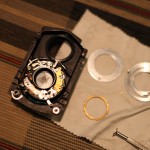 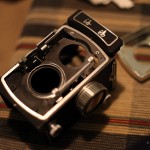 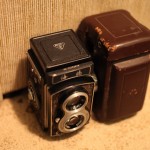 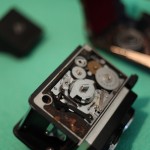 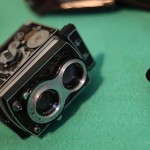 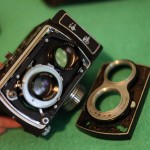 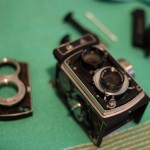 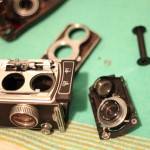 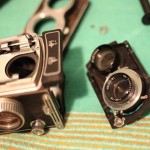 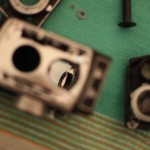 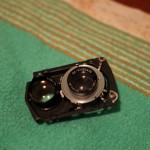 It’s was one of those rare moments, when I was happy I didn’t have the money nor a trustworthy camera service withing 200 km where I could send this in for repair :)

…bragging :) and while I’m at it, let me show you my other (first) film camera. It’s a point and shoot but it’s interesting. 2.8 lens and such. Simple basic, mechanical. It’s not a Leica but I really like it. It’s an Olympus Trip 35. Unloading the first roll of film (asa 200 :)) I ever shot. Yes it was on auto. The only feedback you get from this camera is a little red tongue popping up in the viewfinder if it’s too dark that will also prevent you from releasing. The manual is also worth a smile.